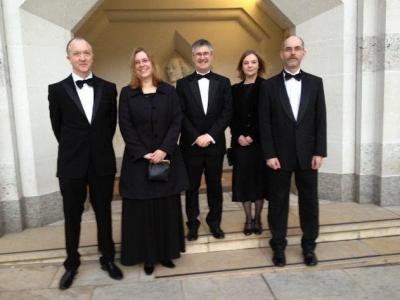 On February 23rd and 24th staff, students, friends, and supporters of the Department of Archaeology at the University of York attended a range of events in London to celebrate the award of the Queens Anniversary Prize for the 2010-12 'Diamond Jubilee' Round, for 'Leading-edge work in archaeology from prehistory to the modern age'.

On Friday morning the departmental party, comprising Julian Richards, John Schofield, Matthew Collins, Kate Giles, and students Ben Elliott, James Taylor, and Chloe Lewis joined the Vice Chancellor and Chair of Council at the presentation to prize-winners in Buckingham Palace. Her Majesty the Queen presented the Medal to the Vice-Chancellor whilst His Royal Highness the Duke of Edinburgh presented the certificate to Julian. After the ceremony the Queen and the Duke gave a reception for the Prize-winners' representatives, including staff and students, and other guests in the Picture Gallery. In the afternoon more students, friends and supporters were able to attend a packed reception held at the Society of Antiquaries of London in Burlington House. 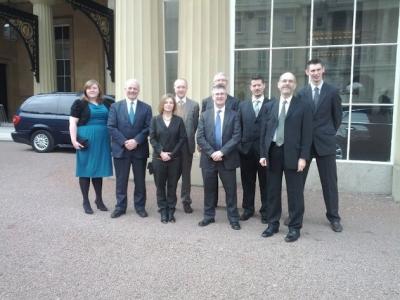 The Queen's Anniversary Prize is part of the royal honours system and it is the highest honour that can be bestowed upon a University centre or department. Awards are determined by a panel of judges drawn from all walks of life. They are awarded not just for excellence or innovation in teaching or research, but focus on activities that have had an impact on the world beyond academia, and which contribute to the wider society and economy of the United Kingdom. Therefore it is particularly pleasing for the Award to go to a Department of Archaeology, as it confirms the wider impact of our work on British life. It reflects the fact that the Department has excavated on some of the key archaeological sites in Britain and beyond, including Wharram Percy, Sutton Hoo and Star Carr; our work with local communities in York and in Africa, and our pioneering work in bioarchaeology and computer applications, notably the work of the Archaeology Data Service. Above all, it is a tribute to the enduring work of staff and students of the Department since it was first established. The Awards are biennial and the Department will be able to display the award logo for four years. It will be particularly valuable in promoting our profile internationally, and for recruitment of overseas students. 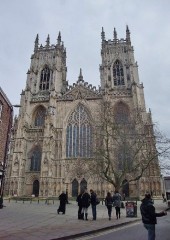