Excavations at Songo Mnara in Tanzania

We slept in tents beneath palm trees, we showered with buckets, we ate fish straight from the sea and we waded through the mangroves. We were a long way from home. And, we would not have it any other way! The third field season at Songo Mnara, Tanzania has recently come to a close, and 20 odd students and archaeologists left the East African coast one by one after six weeks of excavation on a remote island. 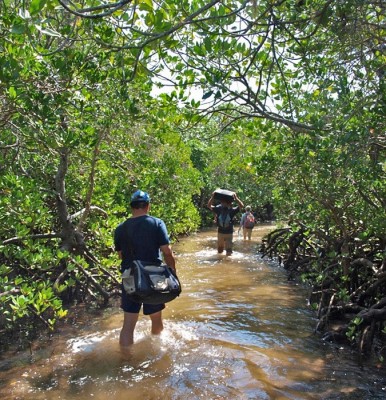 Led by Jeffrey Fleisher from Rice University and Stephanie Wynne-Jones from the University of York, the project at Songo Mnara has been running for five years, with the dig starting in 2009. Its aim is to increase our understanding of Swahili urban towns and the space and life within them (Songo Mnara, n.d.). Five students from the University of York, including myself, were lucky enough to take part in this year’s field season, along with other students from the U.S. and Tanzania. Songo Mnara lies about an hour’s boat ride from Kilwa Masoko on the mainland, and the more well-known island site Kilwa Kisiwani. We were dropped off on the beach by a small fishing village, before we headed through the often flooded mangroves to our camp (Figure 1). Our tents were pitched within view of the site, and together we made a little camping village dotted around a cement house functioning as a storage room and eating quarters. Women from the local villages, whom we referred to as “the Mamas”, would arrive every day before dawn to cook our three daily meals. These would often consist of fish, squid, chicken, rice, beans and chapatis. To my own great joy our breakfasts were often home-made mandazi, which are deep-fried sweet rolls that taste uncannily like doughnuts. Good for our morale, not so good for our arteries.

The site, a Swahili stone town dating from the 15th and 16th centuries, is adjacent to the ruins of old stone houses and mosques still standing nearby. The town was only occupied for a period of 200 years, which is relatively short compared to many other Swahili sites (Songo Mnara, n.d.). Taking our trowels, hoes and buckets, we headed for the trenches just after dawn, in order to take advantage of the precious cool hours of the morning. Three trenches were opened in the first few days; two in the open area outside the houses, and one inside one of the greater houses in the town. Subsequently, more trenches were opened inside this house to explore the various rooms and spaces within it. 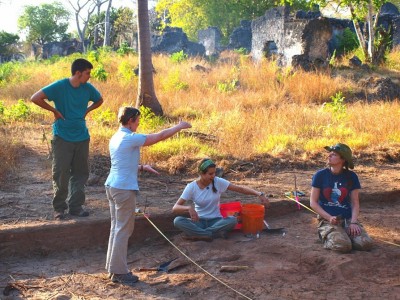 My first three weeks were spent in the open area, in the so-called daub trenches. These were two two-by-ten trenches aimed at exploring features from the geophysical survey from the previous seasons, they were believed to be wattle and daub houses. And indeed they were! As we dug down we exposed not only the red earth associated with daub features, but also pieces of hardened daub indicating that the structure had burned. We also unearthed rich material culture such as beads, imported pottery, iron and coins (lots of them!), showing that wattle and daub houses were not necessarily houses for the poor, which tends to be a common belief. The finds from both daub trenches led us to expand them, revealing the full extent of each daub house (Figure 2). Just to the south east, excavations within the stone house revealed similar finds, although we saw less of them due to the nature of the houses; things would not so easily get lost on a solid lime plaster floor. The material finds and the impressive architecture suggests that the town was wealthy and prosperous, and engaged in trade with both local and remote people.

Although much of the work has been focused on excavations, various other methods of research have been used. Shovel test pits were dug throughout the site, as a means of understanding what lay in the open areas outside the town. Along with the geophysical surveys undertaken by Kate Welham and Charlene Steele, both of the University of Bournemouth, a broader image of the site had started to appear, showing habitation beyond the confines of the stone houses. The work of Matthew Pawlowicz showed that this was true for the entire island, as he and his team of local workers and students dug test pits across Songo Mnara, and found various evidence of occupation. Perhaps future research will grow to encompass not just the stone town but the rest of the island as well, as there is still much to explore. Research has also been carried out at a much smaller level. Federica Sulas from the University of Cambridge, was in charge of taking geochemical samples from the trenches across the site, which she will analyse in order to understand more about the ecological and environmental features on the site. Sarah Walshaw deals with slightly bigger samples, analysing macro-botanical remains from floatation and hopefully gaining knowledge about what was grown and eaten by the people of the town. Through each field season more and more is understood about the town and the people living within (and outside) it, but there are still many questions to answer; what was the function of the daub houses? Why did they burn? And why was the town abandoned after only two hundred years?

Our weeks in Tanzania were full of hard work, scorching sun and various insects, but also of great experiences, interesting people and learning. It allowed us to take our studies from theory to practice, and gave insight into the world of archaeology beyond university. Through working alongside local people we also got to know the wonderful humour, stamina and language of the Swahili people. 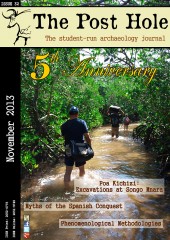 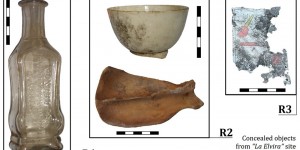 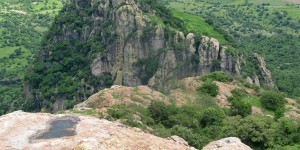 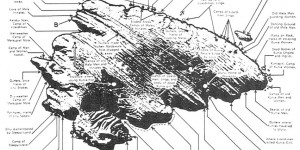 Myths of the Spanish Conquest: the league of Extraordinary Gentlemen
Laura Tradii