A tale of two bricks

This story begins with the chance find of two bricks in a rock-pool on Penny Steel, east of the village of Staithes in North Yorkshire, UK. The two firebricks, one marked E & M and the other V & D (Figs. 1 and 2) were part of a mixed cargo, including coal and animal hides, on board the SS Princesse Clementine when she ran aground at Penny Steel on the 19th November 1924 (The Times, 1924a). The SS Princesse Clementine was a Belgian managed (L. Dens and Co., Antwerp) cargo ship of 2,785 tons built in 1909 by the Tyne Iron Shipbuilding Co. Ltd. (established 1867) in Willington, North and South Shields. The Tyne Iron Shipbuilding Co. Ltd. was perhaps not the most fortunate of shipwrights; of the first 50 vessels they built, only 3 reached the breakers yard after providing their owners with the expected period of service; the remainder, including the SS Princesse Clementine, were lost at sea.

Figures 3 and 4. Examples of the fabric of the SS Princesse Clementine. Author's own. Photographs taken 14th August 2014 (left) and 27th September 2014 (right).

The SS Princesse Clementine plied her mostly uneventful trade between the river Tyne, UK, and Naples, Italy. However, a voyage that ended in Naples on 7th April 1912 was notable because en route a crew member afflicted with small pox was landed in Palermo (Port of London Sanitary Committee, 1912). Thankfully, the ship was fully disinfected and no further cases of this, now eradicated, disease were reported. Twelve years later, the SS Princesse Clementine and her crew of 19 under Captain J. Baneux once again left the river Tyne bound for Naples, but shortly after departing she ran aground on Penny Steel rocks (The Times, 1924a). At first it was thought likely that the steamer could be refloated at high tide and assistance was refused. However, it soon became clear that she was leaking badly and an S.O.S was sent at 12:35 pm on 19th November 1924 with a request for a 'strong tug' (The Times, 1924b). The Clementine's crew were taken to safety by the Runswick, UK, lifeboat, but Captain Baneux stayed aboard his ship in the hope that she might be saved; a photograph published on 24th November 1924 shows the grounded vessel upright approximately 500 m off-shore (Daily Mirror, 1924). A 'no cure, no pay' contract was instigated and a salvage vessel departed from Sunderland, UK, with the intention of beginning to off-load the SS Princesse Clementine's cargo on 21st November (The Times, 1924c). However, one week after running aground, the weather deteriorated and as gales battered his ship Captain Banneux sent up a distress signal. The Runswick lifeboat attended and, in spite of the atrocious conditions, Captain Baneux leapt from his ship to the safety of the lifeboat. The courage and bravery of two members of the lifeboat crew, Coxswain Andrew Tose and Second Coxwain Thomas Patton, in completing this rescue were recognised by the award of Royal National Lifeboat Institution bronze medals on 18th December 1924 (RNLI Medals Awarded to Inhabitants of Whitby (1830-1996)). 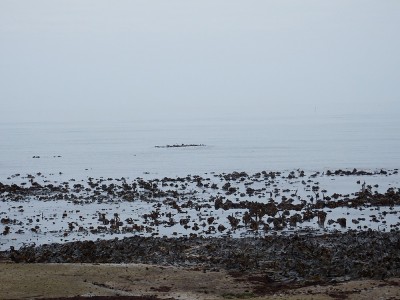 Figure 5. Location of the site at which the _SS Princesse Clementine_ was grounded on Penny Steel, Staithes, North Yorkshire, UK is marked by her boiler, which because of its robust construction has survived and is now covered by a forest of kelp (3-4 metres broad) visible in the centre of this photograph taken on 14th September 2014.

But what of the bricks? William Cochran Carr of Blaydon, UK (born 30th August 1815, died 26th October 1889) was listed in the 1841 UK census as a farmer, but by 1850 his commercial interests had expanded to include firebrick making as well as farming. In 1854 he acquired the South Benwell brickworks (South Benwell, UK) from Emerson and Milner (E & M) firebrick and steel makers (The National Archives, 2014). William's businesses were successful; by 1871 he had become a farmer (employing 6 men), a firebrick maker (employing 35 men and 40 boys) and a colliery owner (Charlotte pit, Benwell, employing 264 men and 59 boys). After his death, William was succeeded by his widow (Isabella) who ran the business until 1905, when the company William Cochran Carr Ltd., headed by their son (also William), was formed. The company successfully traded its firebricks in Italy, as evidenced by a 1912 Anglo-Italian brochure advertising E & M firebricks (The National Archives, 2014), and the brick shown in Figure 1 was presumably destined for, but never reached, the Italian market. 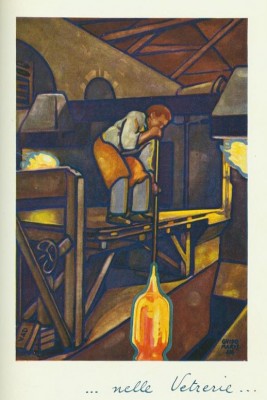 Figure 6. An example of the artwork commissioned by Giuseppe Verzocchi depicting industrial scenes that included at least one V & D brick (bottom left in this illustration by Guido Marussig which was published in Veni VD Vici) (Arthur, 2010; Verzocchi, 1924).

The second brick has stronger Italian connections. Giuseppe Verzocchi was born in Forli, Northern Italy in 1887 (died 1970 in Milan). At the age of 19 Giuseppe emigrated to England and found himself in Newcastle upon Tyne where, while suffering from peritonitis, he was assisted by Count Ottavio de Vittoro Romano, an Italian mining executive (Nardelli, 2009). After Giuseppe recovered, he and Ottavio started the business 'Verzocchi and de Romano', which began manufacturing firebricks with the V & D logo in Newcastle for export to Italy. In the years that followed, the business expanded to include a refractory brick factory in La Spezia, Italy. During the 1920's Verzocchi became a leading Italian industrialist and a wealthy man. His wealth allowed him to indulge his interest in art, and the V & D trade catalogue of 1924 contains artworks by eminent Italian artists commissioned by Verzocchi (Verzocchi, 1924). Two conditions were placed upon the artists: (i) that all the illustrations must depict the theme of industry; and (ii) that they must include a representation of a V & D brick (e.g. Figure 6; Arthur, 2010). Verzocchi's artistic legacy was secured by his donation of a collection of 70 artworks, all with the V & D logo, to his home town of Forli in 1961.

To conclude, a chance find of two bricks in a rock pool led a discovery of tales concerning international entrepreneurs, shipwreck, heroism and twentieth century Italian art; a minor example of the fascinating stories associated with the everyday items that can be found in very disturbed archaeological sites. 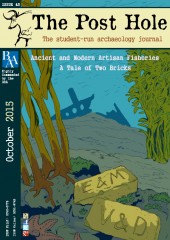 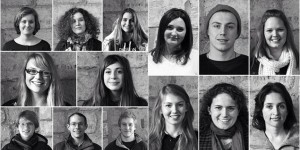 Editorial: Another edition to the history books
Eleanor Green 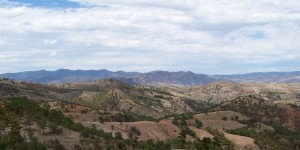 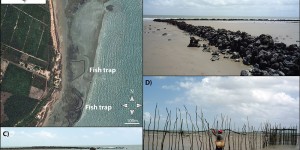 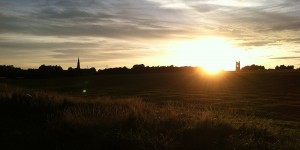 Excavations at the Black Friary: A Unique Digging Experience in Ireland
Ashely Green 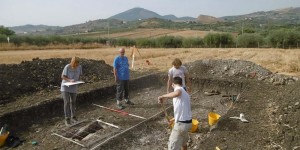