In remembrance of Professor Charles Thomas

It is with great sadness that I find myself writing this piece for our journal in fond remembrance of Professor Charles Thomas who passed at the age of 87. Professor Charles Thomas was an incredible archaeologist, both in and out of the field, as well as being a well-known and respected academic author who had an incredibly versatile range of interests, leading to him contributing massively to our knowledge of the Mesolithic, the Bronze Age, Roman Britain and early Christian archaeology. Most particular to Charles’ interests though was his passion for Cornwall, where much of his research was centred. Because of his drive for this landscape, he has brought much deserved attention to the archaeology of Cornwall.

Despite the profound loss to the academic writing however, Professor Charles Thomas was also an expert at excavations in the field. Most recently, I had the great pleasure of being part of his extensive investigations into the multi period site of Gwithian Bay, Cornwall, which continues to provide a wealth of material from this period. The sheer amount of shells coming up from this site was phenomenal.

Professor Thomas had an incredible past, as I discovered during our interview last year. Having served at the young age of 17 in Egypt during the end of the Second World War, Charles later went on to become a pupil of Professor Gordon Childe, whom he described as a shy, nice and eccentric man. I have provided a link to an interview which I conducted with Professor Charles Thomas at his beautiful home in Cornwall last year. Here he describes his experiences in Egypt and the famous archaeologists whom he later met, including Professor Gordon Childe, Professor Mortimer Wheeler, Stuart Piggot and Glynn Daniel.

What I neglected to mention in this interview however, was Professor Charles’s generous nature and sparkling sense of humour, which I have had the privilege of knowing from a young age when I first began to clean shells from his excavations at Gwithian Bay. It is through these early experiences with Charles that archaeology became a firm interest of mine, and then later something that I wished to continue for as long as possible. We shared several laughs and a glass or two of wine whilst conducting this interview, and reflected on the past. 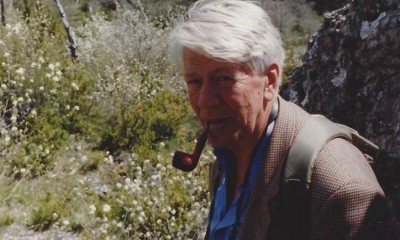 Professor Charles Thomas in Cornwall smoking one of his pipes (which he was usually to be found with). 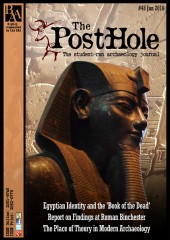 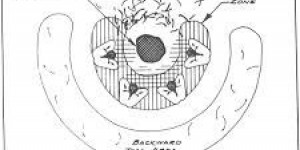 The influence of archaeological discoveries since the C18th on understanding the ancient pre-Roman inhabitants of Britain.
Naomi Ireland-Jones