Dorothy Annie Elizabeth Garrod (1892 – 1968) was the first female archaeologist to receive a professorship at the University of Cambridge, in 1932. She was known for her Palaeolithic studies in Britain and the Near East and was especially lauded for her contribution to the excavations at Mount Carmel, Palestine, between 1929 and 1934. These excavations unearthed skeletal remains, possibly originating from the Mesolithic/’Epipalaeolithic’ era, which became important elements in Garrod’s later interpretations of the ‘Natufian Culture’ and the broader debate surrounding human evolution.

Garrod’s knowledge of archaeological science originated in the academic background of her family. Her father, Sir Archibald Garrod, was a physician and a biochemist, and her grandfather, Sir Alfred Garrod, was also a physician (Bar-Yosef and Callander: 2004, 381). The scientific milieu in which Garrod was raised may have influenced her decision to specialise in the subject of cultural evolution later in her career, the framework of analytical thinking leading her to explore the scientific approaches of Processual archaeology. Garrod initially studied History and Classics at Newham College in 1913; at this point a degree in archaeology was non-existent at Oxford and Cambridge (Bar-Yosef and Callander: 2004, 381). However, her studies were interrupted by the events of World War One when her three brothers died in action, Garrod serving briefly in the Ministry of Munitions in 1916 (Bar-Yosef and Callander: 2004, 382). Following this, Garrod decided to study Prehistory at Oxford under the direction of R.R. Marret. She was encouraged in this by her father, who ‘in his wisdom distracted her mind towards interest in the antiquities’ (Weinstein-Evron: 2009, 1). Garrod successfully obtained her Diploma with distinction in 1921. Her father’s decision to divert her interest towards antiquities became a turning-point in Garrod’s career.

To ‘perfect her knowledge on Prehistory’ (Weinstein-Evron: 2009, 1), Garrod set out to explore Palaeolithic caves in France. She worked under the supervision of Abbé Henri Breuil, whose methods she described as ‘unorthodox’ (Bar-Yosef and Callander: 2004, 384). For example, Abbé Henri Breuil taught Garrod how to identify flint tool-types in a bag by ‘feel alone’ (Copeland: 1999, 164); he wanted his pupils to use their initiative and think for themselves when assessing finds, which was an inventive, if unusual, approach to typology (Bar-Yosef and Callander: 2004, 384). Abbé also encouraged Garrod to publish her book, ‘The Upper Palaeolithic Age in Britain’ (1926), which included an evaluation of artefacts including Middle Aurignacian flint tool-types in Kent’s Cavern (Garrod: 1926, 34). However, Roberts (1999, 19) questioned Garrod’s work, as she did not conduct any of her excavations in Britain. Nevertheless, ‘The Upper Palaeolithic Age in Britain’ received positive reviews due to her extensive records on the stratigraphy of cave sites in North-western and Central Britain (including North Wales) (Roberts: 1999, 25), lending Garrod a strong reputation in the field. Garrod’s subsequent decision to excavate in Gibraltar in 1925 became a huge turning-point not only in the study of prehistory, but also for Garrod’s archaeological career (Roberts: 1999, 29).

In addition to her studies in the Upper Palaeolithic era, Garrod developed some ingenious theories concerning her findings from the 1929-1930 excavations at El-Wad. Here, Garrod uncovered the ‘Natufian’, a late ‘Epipalaeolithic’ culture on the threshold of agricultural revolution in the Near East (Bar-Yosef and Callander: 2004, 380). The term ‘Epipalaeolithic’ was coined by Jean Perrot, a pupil of René Neuville; he wanted to replace the term ‘Mesolithic’, which did not adequately represent the ‘essential continuity of the economic and technological base from the preceding Upper Palaeolithic period’ (Boyd: 1999, 219). There appears to have been a comprehensive approach towards the ‘Natufian Culture’ by Garrod, as this definition was refined and revised through an assessment of the ‘homogeneity of its lithic, stone and bone industries, art objects and funerary practices’ (Boyd: 1999, 219). Questions were raised about the culture itself, such as its origins and relationship to the Neolithic (Boyd: 1999, 219). It is clear that Garrod shared these concerns about the Natufian, and so she sought to undertake ‘new analytical, interpretative journeys’ (Boyd: 1999, 221 – 222). Her new approach encouraged archaeologists to use their initiative to construct a new perspective on the principle areas of archaeological enquiry, such as environment, settlement pattern and artefact industries (Boyd: 1999, 221). This draws very clearly from the teachings of Abbé Henri Breuil.

It can be argued that Garrod also had an influence on female archaeologists, as evidenced by the 1932 excavations at Mount Carmel, where her team consisted of mostly women (Bar-Yosef and Callander: 2004, 399). Her legacy was set in place when she became the Disney Professor of Archaeology at Cambridge, despite initially being denied full status because of her gender (Bar-Yosef and Callander: 2004, 404-405). This undermined the biases of archaeological practice, which traditionally saw men as more successful in excavations and fieldwork, while women were offered more passive roles such as pottery and small finds analysis (Johnson: 2010, 128). Furthermore, Bar-Yosef and Callander (2004, 414) argue that Garrod, as a woman, ‘was not quite unique’ despite her significance in the study of prehistory. Perhaps the authors wished to base Garrod’s achievements solely on her skill and competence as an archaeologist and prehistorian, rather than evaluating her contributions based on her gender alone.

Various issues arose in Garrod’s archaeological career as she faced the possible problems of the hypothetico-deductive method linked to archaeological science. The most well-known contention was the Glozel Affair in 1924-1938, when a total of 3,000 artefacts ranging from a medieval glass furnace to a Neolithic axe-head were discovered by seventeen-year-old, Émile Fradin, in a ploughed field in Glozel, France (Bar-Yosef and Callander: 2004, 389). It was later suggested that the artefacts were subjected to ‘suspected interference’ (Bar-Yosef and Callander: 2004, 389). Garrod, who was a member of the committee set up to determine the authenticity of the artefacts, was accused of having used “fraudulent manoeuvres’ to cast suspicion on the site’ (Bahn and Renfrew: 1999, 78 – 79). Although Garrod did admit to her actions in Glozel, the results obtained from thermos-luminescence dating suggested that the artefacts (the ‘inscribed clay tablets’) were in fact forged in the 20th Century and were not of Medieval or Iron Age origin (Bahn and Renfrew: 1999, 82). This act of falsifying data to purposefully validate a site demonstrates the importance of the hypothetico-deductive method when it comes to proving the authenticity of artefacts.

Bahn and Renfrew (1999, 83) suggest that the principle of ‘Occam’s Razor’ could be applied to this scenario ‘because this [extremely] heterogenous collection of disparate material does not belong to any known culture…it is self-evident that the whole thing is a hoax or an imposture’. This creates a boundary between science and other kinds of knowledge because the synopsis of science is based on problem solving, stating that one must start with the initial problem as the data produced by observations are theory-laden. In addition, this phenomenon shows that the more assumptions one must make about the available evidence, the explanations become more unlikely, thus creating a false perception of that knowledge. Although the Glozel Affair had a minor impact on Garrod’s archaeological career, the overall controversy does highlight the issues in the scientific discipline, therefore creating a circular argument on what is considered genuine or falsified in relation to the subject of material culture.

It was evident that Garrod was heavily influenced by Abbé Henri Breuil’s unorthodox teachings, in the earlier phases of her career in the late 1930s (Copeland: 1999, 164). Garrod was taught by Abbé Henri Breuil to use her initiative by identifying various Palaeolithic artefacts through the sense of touch. This demonstrates how typology can sometimes have its flaws, as Garrod believed that it was a poor indicator of determining the chronology of the artefacts, and that typology ‘should be used in conjunction with absolute dating techniques’ (Davies: 1999, 272). This archaeological practice was also adopted by Garrod in stratigraphic recording because absolute dating techniques were vital in determining the sequences and chronology of the artefacts based on the physical/chemical attributes of the archaeological evidence. This could be a more scientific approach towards typology in comparison to Abbé Henri Breuil’s techniques, as the interpretation and identification of the items are more likely to be supported by the scientific data.

Overall, Garrod played a crucial role in the study of prehistory, and her impact on archaeological thought has changed our perceptions of the Palaeolithic era, thus providing a new insight on theories about the evolution of modern humans, such as the transition of the Neanderthal population from Europe to the East Mediterranean (Bar-Yosef and Callander: 2004, 388). Similarly, the excavations at El-Wad in 1929 sparked some epistemic thought on the ‘Natufian Culture’ which underwent various re-definitions throughout the late 1950s-1960s, thus shedding further light on its indigenous origins as revised by Garrod’s perspective on the theory (Boyd: 1999, 219). It was also agreed that ‘Garrod’s ideas rarely remained fixed’ (Davies: 1999, 269) which indicates how archaeological thought remains fluid and can only be set in place once it was supported with the available evidence.

It is clear that Garrod was concerned with the taxonomic rigidity of the Palaeolithic attributions, believing that the typology of artefacts should only be used as ‘temporal indicators’ (Davies: 1999, 269). This thought is reinforced in archaeological practice today as absolute dating techniques are used to support the taxonomy of the archaeological evidence instead of relying solely on the morphology of the artefacts for information on sequencing and chronology. Garrod relied on Abbé Henri Breuil’s methods in the late 1930s as most of her references in her seminal paper about the Aurignacian Culture in 1938 originated from his personal communications; she started to diverge from his teachings in 1953, implying that she had more confidence in constructing her own thoughts and ideas about the Upper Palaeolithic Age (Davies: 1999, 269), despite the fact that she had her own biases on assessing artefacts in comparison to Abbé Henri Breuil.

However, it is evident that there were some issues relating to the scientific discipline which were highlighted in the Glozel Affair (Bahn and Renfrew: 1999, 78 – 79). This demonstrated how suspected interference of archaeological evidence can lead to discourse. Despite this event having a minor negative impact on the scientific discipline as well as Garrod’s career, her excavations at Mount Carmel in 1932 had an immense influence on women’s involvement in archaeology. As a result of Garrod’s work, more women were encouraged to take an active role in archaeology, such as participating in the field of archaeological science and conducting excavations, thus reducing the gender bias that was previously criticised in archaeological practice and in the academic field. Nevertheless, Garrod’s intuition and perceptive wisdom
(Copeland: 1999, 164) catalysed a more ‘scientific approach’, not only towards Palaeolithic studies, but also towards prehistory and archaeological practice and remains one of the major influences in archaeology. 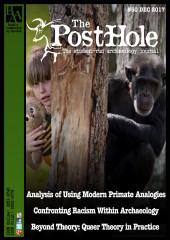 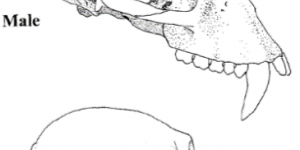