My name is Harry Robson. I am an undergraduate student at the University of Bradford reading Archaeology BSc (Hons) (4 years). This includes 2 years of studying at Bradford University, followed with a placement year (a year working in industry which also constitutes a diploma), followed by the final year back at Bradford. For my placement I am working as a research assistant on the Star Carr project and this article describes what life as a research assistant entails.## Background to the projectAt the beginning of my placement year, I carried out a season of field work on the current excavations at what is probably the most well known Mesolithic site, Star Carr in the Vale of Pickering, which dates to about 9000 cal BC.

The site itself was discovered in 1948 by John Moore, a local enthusiast who found flint scatters whilst field walking along drainage ditches. He found some flint and bone eroding out of a drainage ditch at Star Carr and conducted a small scale excavation. This work was brought to the attention of Dr Grahame Clark at Cambridge University, a specialist in the Mesolithic who had studied sites in Denmark and wanted to locate a waterlogged site in Britain that had good organic preservation. From 1949-1951, Grahame Clark excavated in the area south of where John Moore had excavated a small trench. In these excavations he and his team located the ancient Lake Flixton shore as well as a most intriguing Mesolithic assemblage (Clark 1954). This included faunal remains and flint scatters but most interestingly it also contained 21 red deer antler frontlet 'head-dresses' with the antlers still attached, that had been worked with signs of antler reduction and hollowing out of the cranium. Debate is ongoing as to the actual function of the frontlets, however interpretations have ranged from the simple use as a hunting disguise for stalking the deer to a possible shamanistic ceremony. However further research by Chantal Conneller has suggested that they were used ritually as a means of becoming deer: a corporal transformation (Conneller 2004).

In addition, there were 192 barbed antler and bone points (measuring c.14cm in length). What is fascinating is that these are very rare within that landscape and indeed further afield: e.g. no other barbed harpoon points are found at any of the other 15 sites around the lake except for a fragment from both Flixton Island and No Name Hill, and they constitute over 95% of the total number of barbed points found in the whole of Britain.

Apart from a brushwood platform, surprisingly few wooden implements were recovered although there was a birch-wooden paddle blade which would have possibly been used to propel a dugout canoe across the lake (Clark 1954). Further finds included elk antler mattocks (26 centimetres in length and perforated for the fitting to a wooden haft), stone axes, at least a dozen perforated shale beads, animal teeth and amber: all of which are rare finds and added to Star Carr's uniqueness.

In the 1980's the Vale of Pickering Research Trust carried out further excavations led by Tim Schadla Hall, Paul Lane and Paul Mellars (Mellars and Dark 1998). These excavations extended eastwards from Clark's trenches and evidence of a humanly worked wooden platform was excavated as well as another barbed point, further flint scatters and more fauna. Furthermore a great deal of augur survey was carried out around the edges of the lake edge shore and pollen cores were taken and analysed by Petra Dark. The results after the analysis proved that a series of burning phases took place at Star Carr. Overall, the evidence suggests that human activity began around 8770 BC which was associated with the burning of the local vegetation in particular Phragmites reed swamp and that occupation occurred for a period of about 80 years, then there seems to have been a lapse in occupation for 100 years followed by a second episode of occupation and burning for some 120 years that ended in approximately 8460 BC, resulting in significant changes in the local vegetation (Mellars and Dark 1998).

In 2002 field walking took place in the Star Carr field and from 2004 — 2008 new work has been carried out by the Vale of Pickering Research Trust. A series of test pits were excavated in both the Star Carr field, specifically along the peninsula as well as north of the Hertford cut in 2008. Furthermore large scale excavations were carried out on the lake edge (2006/2007) and in the dry land area (2007/2008) that ultimately led to the discovery of a structure. Further questions are still unanswered concerning the full extent of the site, its type and character and this ongoing work is aiming to answer these questions. Furthermore augur and contour survey and test pitting have revealed the site is much larger than previously known and that less than 5% of the site has been excavated overall (Milner 2007). Further analysis is ongoing into how and why the site is deteriorating which has resulted in two 'jelly bones' that have been found. In these cases the collagen has been displaced into gelatine probably because of the shrinking of the peat combined with an increase in acidity as well as fluctuations in the water table. Kirsty Penkman and Hannah Koon in the departments of Chemistry and Archaeology are analysing these.## Work as a Research AssistantIn conjunction with this ongoing work I have been a research assistant on this project. The work that I have carried out has involved cataloguing and archiving the Star Carr material in the archive and holdings at Kings Manor, University of York. In addition, I have also been fortunate enough to have created catalogues of all of the faunal remains from Seamer Carr C, B, K, L and N, Flixton School, No Name Hill, Flixton Island, Flixton 9, Site D, VPE and Barry's Island, which are some of the other early Mesolithic sites surrounding the ancient Lake Flixton.

During the last season of excavation at Star Carr in 2008 soil sediment samples were collected from each of the grid squares in the trench SC23. I then carried out flotation of these sediment samples in the autumn. The process carried out was wet sieving the deposits through a 500? (micron) sieve and collection of the flotted residue in a 300? sieve. Prior to flotation the sediment had been weighed and this weight gives a rough estimate to how much soil was lost via floatation. Throughout many of the soil samples a great deal of natural and worked flint was noted upon flotation. Other anthropogenic materials included bone, charcoal, wood and burnt wood, red ochre, snail shell and desiccated peat. Sorting of these samples is ongoing with the help of volunteers from the department, and this is producing similar material to that listed above.

I have also overseen the washing of over 10,000 flints from the recent excavations and field walking. In washing these flints I have been able to teach volunteers the basics of post excavation as well as flint type identification and signs of use wear and retouch. In some cases databases were created showing the weight, length and colour as well as the flint typology of some of the flints from the initial field walking in 2002 and 2004. In association with this work many of the flints have also been labelled to museum exhibition standard in advance of refitting of the flints by Dr Chantal Conneller.

Other tasks carried out have included analysing some of the faunal remains and removing those known to have been of horse which are to be AMS dated by Roger Jacobi as well as ascertaining bone samples from 2007 and 2008 which are to be ZooMed. This process accesses the protein in the collagen of the bone and states the species/genus of the sample being processed, through the use of modern comparisons. This data will provide a very detailed spatial understanding of the faunal remains at the site.

In addition, I have been given other opportunities this year, including the thin sectioning of oyster shells from Havnø under the guidance of Eva Laurie and Nicky Milner. This resulted in a specialist report which we hope to publish. I have also travelled to Saudi Arabia as part of Geoff Bailey's ongoing research into shell middens and the movement out of Africa. This summer I will also return to Nokalakevi, Georgia (ex USSR) - a Hellenistic Necropolis - as well as Havnø in Denmark, which is a Mesolithic shell midden to carry out further seasons of excavation.

Initially working without supervision was unusual however once certain tasks were set and then met to deadlines it increasingly became easier to undergo such work alone. Perseverance and a hard working ethic also aided me in such tasks which others may have seen to have been monotonous. Furthermore the benefits from volunteering have also opened certain doors to gain further experience and work with specialists, as in the case of gaining shell experience in Saudi Arabia as well as the opportunity this august to work with Prof Soren Andersen in Denmark.

I believe anyone who wants to partake in such activities needs a certain number of attributes including enthusiasm and motivation primarily. Other such qualities include good communication skills, the ability to work independently as well as within a group, to work to a time frame and meet deadlines. However surely the greatest benefit most of all is that I have gained a great deal of experience which will be a good addition to my CV.

Overall it has been a worthwhile placement year and I have learnt a great deal regarding post excavation as well as overall knowledge of Mesolithic research in general.## AcknowledgementsFirstly I would like to thank Nicky Milner for creating this placement and giving me the opportunity to work on and with such fantastic material as well as Barry Taylor and Chantal Conneller. Furthermore I would also like to thank Eva M Laurie for her expertise and general advice on shells and Matt Williams and Prof Geoff Bailey for inviting me to be an assistant with them in Saudi Arabia.## Bibliography 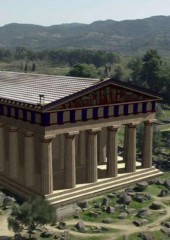 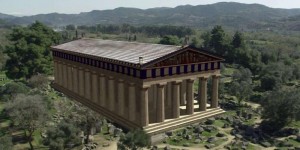 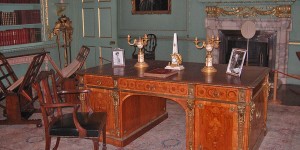