On Our Doorstep - Part II

This is the second part of the On Our Doorstep feature considering examples of how the people of York interact with their heritage. For the first part, on Raindale Mill, please see Issue 9.

The York Georgian Society (YGS) was formed in October 1939, its inaugural meeting taking place at the Mansion House on Wednesday 18th at 3:30pm (Buttery 1989, 2). Now in its 70th year, the Society has come a long way and, as the second oldest society outside London devoted to the Georgian era, is highly respected both locally and nationally for its expertise (York Georgian Society 2008-2010). This article will look at some examples of work and activities of the Society's earliest years and then look at where the Society is today.

The Society's first Chairman, Mr Oliver Sheldon, had earlier in 1939 been concerned about the timing of setting up a new society in York but by October had revised his opinion writing, "...the Society, despite the war - and, indeed in some measure, because of its possible ravages and deprivations - should begin its work as planned earlier" (Buttery 1989, 1-2). Sheldon outlined the object of the Society as

[Quote] "to take such steps as are possible to ensure the care and preservation of Georgian buildings in York and neighbourhood, and to strengthen and develop public interest in Georgian art and architecture... To preserve such buildings, or, where they must pass, to retain a permanent record of them, is a duty we owe both to the genius of a great past era in architecture and to the standards of architectural taste in the future." (Buttery 1989, 2) As will become apparent below, the wording of this has changed but its aim is essentially the same.

Sheldon, as a Director of Rowntrees, was a prominent figure in the city and this, combined with his talent as a campaigner, resulted in the Society having a good deal of support in high places (Buttery 1989, 2, 10). The first President of the Society was the Earl of Harewood (followed by the Princess Royal on his death) with the Lord Mayor of York, The Archbishop of York, The Viscount Halifax, The Earl of Feversham, Lord Derwent, Lord Middleton, The Countess of Chesterfield, Lady Grimthorpe, the Dean of York and the Member for York as Vice-Presidents (Buttery 1989, 2, 13).

One of the Society's first jobs was the assembly of a list of all Georgian buildings in the City and neighbourhood "which present points of interest" (Buttery 1989, 2). A copy of this was later given to the City Council, in accordance with the 1944 Town and Country Planning Act, with recommendations for 'listing' (Buttery 1989, 7). The purpose of this project was, however, originally to furnish the Society with a comprehensive list for its own use and interest rather than for the government (Buttery 1989, 7).

In its first example of giving practical advice, the Society helped the City Council in furnishing a Georgian room at the Castle Museum (Buttery 1989, 4). This was the first of many practical projects the Society has been involved in and was followed by that concerning the post-war restoration of the Shambles and the campaign to save Wentworth Woodhouse (Buttery 1989, 9). It was not until sometime later, however, that the Society was ready to take on greater challenges. One of the first of these was the restoration of the Georgian Assembly Rooms (now ASK restaurant) on Blake Street (Buttery 1989, 13). 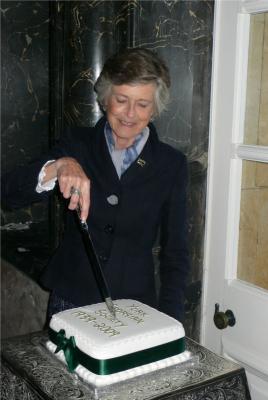 Considered York's most important Georgian building, the Assembly Rooms were used as the Food Office during WWI and, urged by the Society, in 1949 the City Council decided to restore them (Buttery 1989, 13). The Society, consulted on this matter, recommended that the interior of the Rooms be designed in the Georgian style and "used for purposes befitting their dignity and interest" such as civic receptions and social functions (Buttery 1989, 13). The building was to be "the cultural, artistic and social centre of the City" under the control of the council through a Sub-Committee (Buttery 1989, 13-4). The Society was also heavily involved in the celebrations marking the official opening of the restored Rooms - a Georgian Ball held on 15th June 1951 (Buttery 1989, 14-5). It was an adventurous undertaking, not least because the war had left few people with money enough to restore such a building to its former glory. Donations were small but, as one wrote of his, "It is a slight offering, but one that carries my heart with it" (Buttery 1989, 14). The Society's annual report for that year proclaimed the Ball unforgettable; "we were living again in the 18th century in an age of gracious manners and leisured ease" (Buttery 1989, 16). 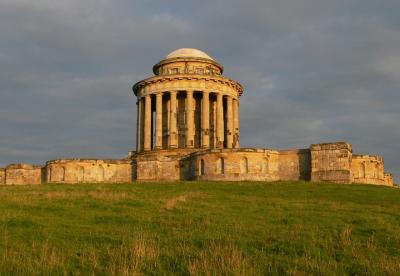 Figure 3: The Mausoleum at Castle Howard. Reproduced by kind permission of James Crathorne

The year 2008/9 was one of both celebration and sadness for the Society. In August last year the Society celebrated the 70th anniversary of its foundation but sadly lost Lady Crathorne (Figure 2), the seventh President of the Society, 6 short weeks later (Green 2009, 5, 56). The first of two events held to mark this anniversary was an evening visit to view the monuments in the landscape of Castle Howard (Hutton 2009, 47). Guided by the Castle's Curator, Dr Christopher Ridgway, members of the Society made their way through the gardens to view the Mausoleum (Figure 3) before retiring to the Temple of the Four Winds, "an enchanting building" (Hutton 2009, 47, 49), for wine, canapés and cake. This visit, although celebratory in nature, is indicative of the informal but informative excursions of the Society's summer programme, built on the foundation of Miss Pressly's trips. A leisurely walk through the grounds of Bramham Park (Figure 4), viewing interior restoration work at Aske Hall and a private tour round Kiplin Hall are just a sample of the delights experienced by members during the summer of 2009 (see Freedman and Green 2009, pp. 32-52).

But the Society's remit does not just cover buildings and landscapes of the 18th century, as last winter's lecture programme is testament to. James Lomax, Curator of Temple Newsam House, spoke on the subject of Chinoiserie Silver in England from 1660 to 1830 and the 18th century painter Thomas Gainsborough was the subject of the lecture given by Hugh Belsey a Senior Research Fellow at the Paul Mellon Centre for Studies in British Art, London (see Freedman and Green 2009, pp. 11-31). The last lecture in this season's programme will take place at 2:30pm on Saturday 20th March at The National Centre of Early Music, St Mary's Church, Walmgate, York. It is given by Mark Newman of the National Trust on the subject: 'The Wonder of the North': The Designed Landscapes of Studley Royal. 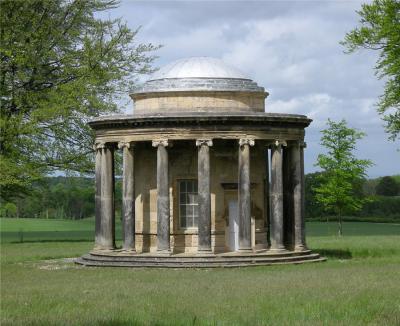 Figure 4: The Round House, Bramham Park. Reproduced by kind permission of Richard Green

These events, undoubtedly enjoyable, are only a part of what the Society does today. Working behind the scenes is a dedicated team of Historic Buildings Representatives who, although not consulted directly by the City of York Council, are part of the Council's Conservation Areas Advisory Panel (Sinclair 2009, 7). In consideration of the only planning application made during 2008/9 that concerned a building of Georgian date the Panel objected to the proposed demolition and replacement with flats over a hot food take-away (Sinclair 2009, 7). The building in question, "an unobtrusive little house in Cumberland Street" (Figure 5), was considered "perhaps the last example of the small-scale, unostentatious buildings" (Sinclair 2009, 7) which were once prolific in this area of the city. The Panel recommended that it should not be demolished and the Society suggested to the City Council that an interior inspection should be conducted, to ascertain the extent of surviving original features, followed by a possible referral to English Heritage for listing (Sinclair 2009, 7). The Society's Historic Buildings Representatives also worked on projects involving York Station, the Guy Fawkes Inn and the early Rowntree buildings (Sinclair 2009, 8). Sinclair notes also that, unfortunately, the Council will longer consult the Society on planning applications which fall within its aims and objectives (Sinclair 2009, 8-9). Despite this the Society has achieved a great deal to be part of the Conservation Areas Advisory Panel and will continue to "do the best [it] can and try to maintain a watch for any application which affects a specifically Georgian building" (Sinclair 2009, 8-9). 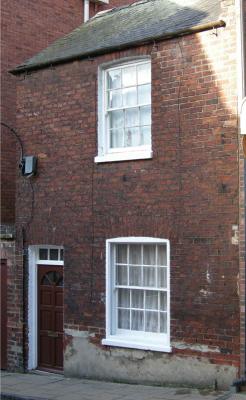 Perhaps the most significant occurrence for the Society during the 2008/9 year was the passing of its new constitution in December 2008 (Green 2009, 5). One of the important outcomes of this is that the scope of research the Society can support, through the Patrick Nuttgens Award, was widened beyond 'York and its neighbourhood' (Green 2009, 5). The Society's Constitution now reads "with special but not exclusive reference to the City of York and its neighbourhood" (York Georgian Society 2008, 1). The award, named after the architect, broadcaster and educationist Patrick Nuttgens who held the posts of Secretary, Chairman and President of the Society, is presented to a PhD student at the University of York during their second or third year of research into an aspect of the Georgian period (van Manen 2009, 54). The changes made allowed the Society to present the award to Niels van Manen to help him in his research into the social and medical history of chimney sweeps in late 18th and early 19th century Britain (Green 2009, 5). This award is given annually. The deadline for applications to this year's award is midday on Monday 1st March and included in the Appendix to this article is some information about applying. For further information contact the award's Co-ordinator Ann Rycraft at: rycraft992 [at] btinternet.com.

As one would expect, much has changed in the 70 years since the foundation of the York Georgian Society. The Society has progressed from a small collection of enthusiasts making visits and hearing lectures to a group including experts, both amateur and professional, who hold a respected position in the City as possessing knowledge and skills of the utmost integrity. The Society has, and I am sure always will, work tirelessly in favour of all aspects of the culture of the 18th century, from art and architecture to objects and buildings.

The Patrick Nuttgens Award has been established to encourage research in aspects of eighteenth-century and early nineteenth-century history and culture. The Award is named in honour of the late Patrick Nuttgens, architect, broadcaster and educationist, who was founding Director of the Institute of Advanced Architectural Studies within the University of York and successively Secretary, Chairman and President of the York Georgian Society. One Award, of ?500, will be made in 2010.

The Award is open to postgraduate students currently registered for the PhD degree at the University of York, in their second or third year of study (or part-time equivalent), who are researching aspects of the Georgian period.

The scope of the Award extends to any study of Georgian architecture, arts, culture and society. Students may be registered for the PhD on a full-time or a part-time basis. Students may not receive the Award more than once.

Applications for the Award will be judged according to the following criteria: a) the originality of the research project, b) the nature of the research expenditure proposed and its value in developing the project, and c) financial need.

Applications should be sent as an email containing two attachments (see below), by midday on the closing date of 1st March 2010, to the Patrick Nuttgens Award Co-ordinator, Ann Rycraft, at rycraft992 [at] btinternet.com ( ).

The required attachments, each including the applicants name in the file title, are as follows:

Applications will be scrutinised by a Sub-committee of the York Georgian Society, and applicants will be notified of the result by 6 March 2010. The deliberations of the Sub-committee will be confidential and will not be communicated to applicants or the public, with the following exceptions:

The decision or decisions of the Sub-committee will be final.

The successful applicant will be required to provide a short report on the use of the Award, to be sent by email to the Patrick Nuttgens Award Co-ordinator, Ann Rycraft, at rycraft992 [at] btinternet.com by 30 September 2010. The recipient of the Award might also be asked to give a presentation to the Society. 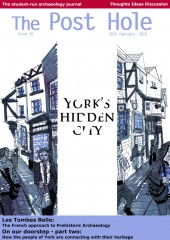 Talking with a Legend
Mark Simpson