Past political, present tense, future perfect? The concept of political intrinsicality in archaeology

The past is political

There has long been a tendency within the social sciences to claim that the object of study is ‘political’. Whole fields of thought are ensnared, and implicate in turn academic subdivisions, our methods of acquiring data, our interpretation of data, and the narratives we then fit this data into. Archaeology is no different, having in the first instance been claimed to be a useful organ for political agendas as diverse as capitalist (Chadwick 2003), authoritarian-statist (Faulkner 2000), and even Marxist (Barrett 2001, 145).

The structural frameworks of archaeology’s subdivisions have been even greater sources of deconstruction: a brief journey through the archaeological literature can inform you that the Jorvik experience is pro-laissez-faire (Shanks and Tilley 1992, 88; Walsh 1992, 115), or that the Late Medieval was imbued with a sense of modernisation (Thomas 2004, 4-16), or that the legacy of Rome is being hijacked by neoliberals (Faulkner 2008).

The message is simple: everything is affected by our political subtleties, consciously or otherwise. There is no way to be neutral, not even through appeals to science and rationality. Nowhere in the archaeological world has this point been demonstrated with so much bile, and so much ink, than in the great and ongoing debates about postcolonial archaeology, where the post-processual line has depressingly insisted on relating ‘positivist’ archaeology to old colonial pseudoscience (for example, Langford 1983; Nicholas and Hollowell 2007).

While the late Edward Said’s magnum opus, Orientalism, never sought out a specific ‘Orientalist’ archaeology, the author was nonetheless sharp enough to link T.E. Lawrence’s ‘exotic’ military career to his excavation work in the Middle East (Said 1978, 99). It is safe to say that the very idea, if not the practice, of the innocent archaeologist free from prejudice or agenda has vanished completely. In its place is a notion we could term variously as political resonance, inherent politics, or, as I have always preferred to term it, political intrinsicality.

I agree that these scholars have been right to recognise the fact that politics colours everything we do, but the implications of this appear to be far less dramatic than one is led to believe – rather than discrediting the old positivist archaeologists, we have discovered that they are rather more humanist than many postcolonial thinkers.

Rather than accepting the brittle stereotype offered to them as Western or Eurocentric appropriators of other people’s cultures (Gosden 2004; Lahn 1996), both the great Australian prehistorian D.J. Mulvaney and the University of York’s Emeritus Professor Don Brothwell have written that indigenous groups “certainly need protecting from exploitation” (Brothwell 2004, 416) and that “treatment of Aboriginal society has been shameful” (Mulvaney 1991, 12), and have both stressed their commitment to a science that is emancipatory, inclusive and collaborative.

It is possible to agree with Laurajane Smith’s (2004) critique of this position as naive, but it is surely impossible to agree that their methods are apolitical and value-anemic – a more accurate criticism would be that these approaches have neglected to recognise their own politics and values.

The real difference between these ‘positivists’ and the political-intrinsicality adherents is far more important – the acceptance among the former of an act of distancing that is the better part of professionalism. In other words, they acknowledge that while everything is intrinsically political, not everything is therefore biased. This, surely, is the very point of acknowledging personal interests, values and limitations anyway.

Many of their opponents effect to misunderstand this very simple distinction by adopting a relativist position, announcing that we live in ‘the world of the ‘post’: post-modern, post-ethical, post-moral’ (Walsh 1992, 2); imagining a tunnel-vision archaeology that will only ‘transform relations of inequality or oppression’ (Nicholas and Hollowell 2007, 62); creating an archaeology that simply serves as ‘facilitators’ for other interests rather than having one itself (Moser et al. 2002, 231).

For his part, Said conceived of political intrinsicality being more or less important in relation to “the possibility of its direct translation into economic terms” (Said 1978, 10), which gave him a workable explanation for how European culture followed European military, political and economic domination by exploiting the Orient from the 18th century to the present day.

Yet this is incomplete and ungainly: while fields like cartography have indeed become more politicised as their use in dominating territories increases over time, the trend has been to make them more accurate, physical and objective than before. The bias has instead been in selectivity: detailed maps of mineral-rich areas have always outnumbered the poor, and globes have tended to embellish the perfectly accurate outlines of European states because that is where globe-buying Europeans want to place themselves. More political, then, does not easily translate into more biased.

It is true, however, that political expediency may affect archaeology – and in fact it is affecting archaeology right now. Some of this is based on the most crass and superficial of archaeological interpretation: there are gender stereotypes being forged out of how ‘cavemen’ are supposed to have lived, nation myths out of what good ‘stock’ the Romans were, trading pacts being justified through exactly how enterprising Vikings were, ad nauseum.

In the United Kingdom, students are inoculated against this way of thinking every year, under the reasonable premise that facts and accuracy matter and expediency is poison. But this is not the case elsewhere in the world, and we should not pretend that political bias is a storm in a Britain-sized teacup. To illustrate how significant the effects can be, I choose here to cite the most prominent example in the world to date.

Nowhere in Bar-Yosef and Mazar’s article could one find any reference to post-1948 Palestine, or their Palestinian inhabitants. Nowhere in the list of interested parties of archaeology and heritage could one find ‘Palestinians’ or ‘muslims’ – except perhaps in the blank space between the lines. The achievements of Palestinian archaeologists like Tawfiq Canaan or Dimitri Baramki are glaringly absent from the pre-independence section, which focuses instead on friendly European, Orientalist, excavators and graduates of the Hebrew University. Dimitri Baramki, by the way, was still alive when Bar-Yosef and Mazar’s article was published, dying just two years later.

It would be easy to dismiss the two Israeli archaeologists as ‘processualists’ using archaeological science to disinherit Palestinians from thirteen centuries of their history. Is it scientific to omit vital details of a region’s history because of a century-old political contest? Is it in fact processualist to argue that the “appeal of archaeology to the Israeli public is in its strengthening of the link between the nation and its land. People are moved by concrete remains clearly related to their direct heritage” (Bar-Yosef and Mazar 1982, 322), or is this really culture-history: the art of lashing the archaeological record until it comes into the national fold?

Putting pen to paper five years later in 1987, the Israel/Palestine-based American archaeologist, Albert Glock, disagreed with this assessment. He wrote of how the “finery of scholarly ‘objectivity’ among archaeologists reinforced colonialism, disconnecting ‘blacks, aborigines, and Native Americans from the achievements of their respective pasts” (Glock 1987, 48-49).

Yet at the same time Glock also knew that Israeli archaeology was far from scientific: he wrote of how Islamic archaeology had shrivelled since 1948, presumably because of a “strong cultural bias against the Muslim tradition” (Glock 1987, 51); how archaeological interpretation of the Late Bronze Age and Iron Age had become reliant on the Bible rather than archaeological evidence (Glock 1987, 52-54); and how all archaeology in Israel had been forced to affirm the legitimacy of the new state because of ancestral ties to the ancient one (Glock 1987, 55).

In a subsequent paper, written in 1990, Glock revealed how the myth implied by Bar-Yosef and Mazar, that Palestinians left intellectual study to foreigners and Israelis in the first half of the 20th century, was started in the first place (Glock 1990). It is true that Zionist immigrants were more engaged in heritage: having mostly come from Europe, they were generally better educated and many had graduated from Western universities, and were therefore perfectly placed to dominate scholarship at home and articulate their research abroad (Glock 1990, 74).

It was in this context that Jewish institutions like the Hebrew University and the Jewish Palestine Exploration Society flourished, and Palestinian archaeology languished. Those Palestinians who did work were in any case obliged to “drink from the well of Euro-American scholarship, assuming such to be objective reality” (Glock 1990, 77). Then, in the space of two years after 1948, “more than half of all the Arab villages in Palestine were destroyed by the Israelis” (Glock 1990, 82), as the best part of one million Palestinians were made refugees, according to UN estimates (Nairouz 2010, 128).

Glock recognised that Israeli archaeological policy had been engaged in a dual action since that time – the severing of Palestinians from their heritage through confiscation of cultural resources and the simultaneous reconnection of Israelis to the Israel of over one and a half millennia ago (Glock 1990, 79-80). Of the vacant Palestinian villages surveyed by the state, Glock found that many who declared to have ‘no antiquities’ in fact had no Christian or Jewish antiquities (Glock 1990, 81).

Through all of this it may seem that archaeology is cursed with its associations with politics, but one ray of light may be found in the conclusion of Glock’s article, where he discusses the future of his own project, that of ‘Palestinian archaeology’ free of Biblical constraints and Zionist politics (Glock 1990, 83):

Two years after writing these words, in 1992, Albert Glock was shot dead by an unidentified assailant in the West Bank (Fox 2001). A founder of Birzeit University’s Archaeology Institute, he was also an American and a Lutheran Christian, and it is to his enormous credit that neither of these things dictated his archaeological work. Instead, his archaeology was driven by truth and rigour. A critic of objectivity, he was nevertheless defined by his endless struggle to achieve it, recognising in the process the need for a self-sufficient Palestinian archaeology, the importance of outlining our limitations and prejudices, and the centrality of placing accuracy above expediency. There could be no more of an icon for modern archaeology across the world, no virtues as necessary as these.

There has long been a tendency within the social sciences to claim that the object of study is ‘political’, but this is not important. What is important is how we deal with that fact. 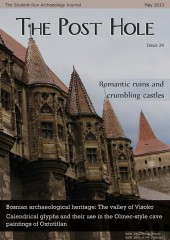 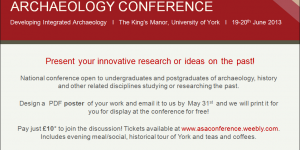 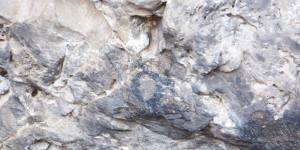 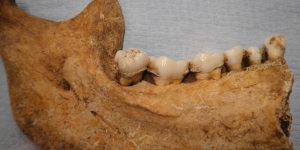 Ancient dental plaque: An unexpected journey into the past
Jessica Hendy