Homo Heidelbergensis: with an emphasis on the Type Specimen from the Mauer

Homo heidelbergensis has been a subject of controversy in palaeoanthropology for more than 100 years. Some paleoanthropologists feel that fossils assigned to the palaeo species deserve their own nomenclature, while others feel that they represent an outlier of either Homo erectus, or Neanderthals.

The first theory argues that H. heidelbergensis represents either an evolved H. erectus, or a primitive Neanderthal; which would suggest that the Homo lineage transitioned through anagenesis, or a gradual change from H. erectus into Neanderthals, after which the species went extinct. The second theory suggests evolution through cladogenesis (or the splitting of species), which would support the hypothesis that H. heidelbergensis was a separate species which split, resulting in both the Neanderthal lineage, as well as the modern H. sapien line. This paper will address both theories.

The Mauer mandible is the first example of H. heidelbergensis. It was discovered by a worker in a sandpit, from a depth of more than 24 meters, in the village of Mauer, near Heidelberg, Germany, in 1907 (Bahain et al. 2010; Field 1932; Haidle & Pawlik 2010; Harvati 2007; Lewin 1998; Collard & Wood 1999; Collard & Wood 2007). It was given the name of Homo heidelbergensis by Professor Otto Shoetensack of the University of Heidelberg, and subsequently dubbed as the “type specimen” for the species (Harvati 2007).

The discovery of the Mauer mandible was crucial for understanding human origins (Harvati 2007; Bahain et al. 2010), but it was soon under criticism after the unveiling of Eoanthropus dawsoni—more commonly known as Piltdown man (Field 1932; Stringer & Weiner 2009). The Piltdown man remains were presented to the scientific community in 1912 by Charles Dawson. The significance of the find was in the “ape-like” mandible in complete contrast to the mandible found in Mauer (Stringer & Weiner, 2009).

In 1955, tests were able to prove that Piltdown man was a forgery (Oakley & Weiner 1955); further research showed that the cranium was from an anatomically modern human, while the mandible was modified from a modern orang-utan (Stringer & Weiner, 2009). The European scientific community was in support of the idea of Piltdown man before it was ever found. As far as they were concerned, it was the evidence they had been looking for regarding the order and location for which human evolution had occurred, and papers had already been published affirming the validity of Piltdown man.

The Mauer mandible lacked the distinctly “ape-like” traits that were anticipated for the order of human evolution at that time; it was the belief that the human brain and crania evolved before the mandible (Stringer & Weiner 2009). This would mean that remains of human ancestors at that time would be expected to exhibit modern crania, and ape jaws. Henry Field published a paper in 1932 claiming that the oldest remains found in Europe were E. dawsoni in Sussex, and H. heidelbergensis in Mauer (Field 1932).

When defining the genus Homo, people use characteristics such as brain size, hand dexterity, and lithics (Collard & Wood 1999). However, when it comes to the distinctions separating species, the variability and differences are much more subtle. H. heidelbergensis meets all the criteria for the genus of Homo; the problem however is not about genus, but rather species. H. heidelbergensis can be said to represent a late form of H. erectus, or a primitive form of Neanderthal. H. heidelbergensis presents features that are derived from H. erectus, as well as apomorphic traits found only in Neanderthals (Hublin & Klein 2009; Clark 1970; Lewin 1998).

Specimens assigned to H. heidelbergensis have been discovered in Europe, Africa, and Asia. Their relationship to modern human populations is complex; in an effort to better understand the relationship, four separate models were published by Chris Stringer (2002):

H. heidelbergensis fossils have also been found in Bodo, Ethiopia, where skulls have been found that date to more than 600,000 years old (Balter 2001), along with Broken Hill in Zambia, where a very well preserved cranium was found in 1921 (Rightmire 2001). There have also been discoveries of a cranium from Petralona, Greece and a partial cranium from Arago Cave in France (Balter 2001; Rightmire 1998; Lieberman & Bar Yosef 2005; Bermúdez de Castro Dennell, & Martinón-Torres 2011).

The Mauer mandible has been dated to 609 ± 40 ka, based on forms of both absolute and relative methods (Bahain et al. 2010). According to Bahain et al. (2010), it was found resting in a fluvial deposit level of sand and gravel left by the Neckar River.

The methods used for the relative dating of the mandible consisted of cross-faunal correlation with the abundance of mammalian faunal remains found at the same level, as well as the layers above and below. There were also magnetostratigraphic studies on the clay below and within the layer of the find, giving the specimen a date of younger than 780,000 years old. The ‘Mauer sands’ have become famous for their rich mammal fauna representation, which clearly indicates interglacial climate conditions. The faunal evidence—in particular the micromammals—place the ‘Mauer sands’ into the Marine Isotope Stages of MIS 15 or MIS 13, although the majority of stratigraphic arguments favor a correlation to MIS 15, and therefore an age of ca ~600,000 years ago (Löscher, Maul, Schreiber, & Wagner 2011).

Lastly they used electron spin resonance of quartz (ESR), coupled with uranium-series (US) dating (ESR-US) to analyze eight herbivore teeth. The majority of the teeth showed uranium uptake occurring postmortem, allowing for a reliable calculation using ESR-US. They admit that for 25% of the samples, they were not able to determine the p-parameter, which left them with only four usable teeth for statistical age estimations (two from the lower sands, and two from the upper sands). When all these different dating techniques are combined, they reveal the mean age for the H. heidelbergensis type specimen from Mauer to be 609 ± 40 ka (Bahain et al. 2010).

Understanding ancient populations in a strict sense is difficult, due in large to a lack of fossil evidence (Forster 2004). The use of genetic analysis allows us a better window into the past by averaging mutation rates that give estimates about when genetic lineages could have split (Forster 2004).

When the Mauer mandible was discovered it was almost fully intact, although some teeth were lost in 1945 (Harvati 2007).The mandible is robust but lacks a chin, and has a much larger corpus than is found in modern European populations (Collard & Wood 2001). The mandible exhibits great breadth of the ascending ramus, which is contrasted by the smaller sized dentition, which is consistent with Neanderthals and some modern Europeans (Harvati 2007; Bae 2010; Bailey 2002).

The Mauer mandible exhibits signs of periodontal disease, as well as a healed fracture near the mandibular condyle (Czarnetzki, Jakob & Pusch 2003; Schwartz & Tattersall 2000). New analyses of the Mauer mandible indicate that the owner had incipient osteoporosis, as noted by an articular calculus and a depression in the medial part of the left mandibular condyle, with expansion into the inferior part of the ramus. Incipient osteoporosis is an arthrotic condition indicative of a trauma-induced osteochondrosis dissecans (Czarnetzki, Jakob, & Pusch 2003).

Looking at the mandible from Mauer it is easy to see why it does not represent an anatomically modern human, but the details distinguishing it from both H. erectus and Neanderthal are more difficult to decipher. The mandible is wide, robust, and has a low ascending ramus with a receding chin, which is typical of H. erectus. It also exhibits smaller molars that are well within the modern human range, and at the lower end of the size for the Zhoukoudian H.erectus (Conroy 2005). The Mauer mandible alone does not show any particular affinity to Neanderthals based on its tooth crown morphology, as it lacks a mid-trigonid crest—a typical Neanderthal trait (Bailey 2002).

When the type specimen for a paleo species consists of a single mandible, it is difficult to make inferences about other traits found in the species (i.e. brain size and encephalization). For this reason, it is important to include other H. heidelbergensis/rhodesiensis specimens in our discussion of the differences between the former and the latter(s). When other H. heidelbergensis/rhodesiensis fossil finds are taken into account (e.g. Arago, Bodo, Broken Hill, and more recently Atapuerca); the observer will see a distinct degree of encephalization within the species.

Encephalization quotient (EQ) is a way for paleoanthropologists to determine brain growth relative to body size (in mammals); this gives them a better understanding of the brain size relative to body mass, rather than just absolute brain size (Dubreuil 2010). An EQ is figured through a mathematical equation: observed brain size divided by expected brain size.

With this information, it is easy to see that H. heidelbergensis does not fit the category of either H. erectus or Neanderthal. Their brains were too big for the former, and too small for the latter. The evidence presented regarding brain size, body mass, and EQ values, strongly suggests that H. heidelbergensis is a representation of an intermediate species.

The evidence laid out in this paper would support the legitimacy behind the classification of the Mauer mandible into the taxon of H. heidelbergensis. If the reader accepts the differentiation between H. heidelbergensis and H. rhodesiensis, then the geographical distribution of H. heidelbergensis would appear to be limited to Europe. This geographical isolation of a species is easily understood through restricted gene flow, and climatic variability. Natural selection would favour traits that would raise the overall fitness levels of a species in a distinctive climate; while geographical isolation would restrict those traits to populations within that given region. Although at the moment, conclusive evidence has not been found that could explain the distinction of H. heidelbergensis as having resulted from a particular speciation event, or through a gradual form of anagenesis. There has never been a particularly heated debate with regards to the date of the Mauer mandible; with the general consensus lying at ~500,000 years. However, with the recent dating techniques performed by Bahain et al. (2010) a new and more secure date of 609 ±40 ka has been established.

The problem with so many paleoanthropologists today is that they tend to want to “lump” all the hominin fossils from the middle Pleistocene into the H. heidelbergensis clade, regardless of the geographical location. While this approach seems harmless enough, it raises questions which in turn challenge the idea of having H. heidelbergensis kept as a legitimate hominin species representing an intermediate form between H. erectus and Neanderthals.

The biggest problem with trying to “lump” all hominin species from the middle Pleistocene into a single nomenclature is that it suggests gene flow across continents (e.g. Africa, Europe, and Asia) at a time when transportation was limited to walking. The idea also discounts regional variation, bottlenecking, restricted gene flow and climatic extremes between geographical latitudes; which in turn help shape the traits favoured by natural selection both within and across populations, explaining the variation expressed in specimens from various geographic locations. If the species of H. heidelbergensis is considered only in a regional context—specifically Europe—then it would appear that they are a legitimate species, allowing the Mauer mandible to remain the “type specimen” for H. heidelbergensis. 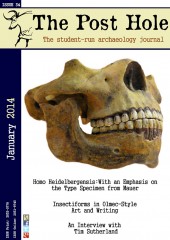 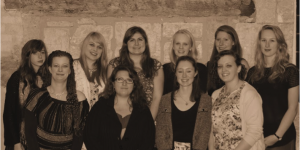 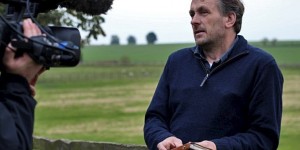 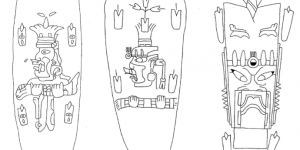