In Edinburgh, we started a discussion group. I say we, for neither have I invented discussion groups, nor was I alone in wanting to put one in place, and I did not come up with the name for it: The Childe Collective. This group’s success, if I may be so bold, was also forged with the support and blessing of Edinburgh University’s Archaeology Society (AKA: ArchSoc), whose help promoting it on the internet was invaluable. The Childe Collective discussion group is constituted of many components, compounded into creating an intimate, informal and honest platform for discussion and dissemination of research and ideas.

My friends Joe Thompson, Tom Gardner, and I, found ourselves in a dilemma by third year, wanting more debate concerning archaeological theory. We often debated theoretical questions, usually on the walks home. We quickly came to the realisation that what we needed in order to engage with theory in archaeology in greater depth, was a dedicated discussion group, consisting of those who have an interest in archaeology. Although the courses in Edinburgh are excellent, I wanted to ponder these theoretical issues a bit more, and share these musings with my peers for them to contemplate and argue with. And so, for our first meeting, we discussed Vere Gordon Childe and the culture-history paradigm with which he is often associated. This was in honour of the person whom our archaeology department holds in great reverence, esteem and dare I say, love. I give credit to Tom Gardner for the name The Childe Collective.

I believe an important aspect of the discussion group is the fact that we actually physically get together. Although virtual discussions are far from worthless, they are in truth, quite different from an actual conversation, perhaps not in function or structure, but in experience at least. I believe that the fact that questions and arguments can be kept as a record can be intimidating, as with any public comment, we place ourselves in a position to be judged. In my experience, the quality of conversation on online forums can vary greatly. The ability to converse with individuals across the globe is phenomenal, however, the aptitude and comfort in teaching and discussing things in the presence of others is an invaluable skill. From giving lectures to an audience, to presenting a proposal to a board or a committee, confidence in one’s academic skill and knowledge tends to help get ideas across positively. Additionally, and importantly so, one gets to be proven wrong, contended with, and shown different perspectives on an issue. Having one’s ideas assessed and evaluated in the presence of others in an informal manner, is an important part of the learning and thinking process. This does not discourage innovation and ideas, but rather helps reinforce them, and allows the student to establish his thesis on stronger, better-constructed premises and arguments. Like a house, a sturdy argument’s foundations will survive and be built upon, rather than that which was built on frail and flimsy premises. I realise that all of this can be applied to online forums as well. Arguably, they are even better, since you can express yourself from the safety of your computer. Yet, I feel that there is more spontaneity in a live conversation and perhaps a little more humility. We gain a lot more as individuals if we are able to honestly discuss archaeological questions in each other’s presence.

I am hoping to venture out with The Childe Collective on the internet. The creation of a forum, or blog, which would hopefully coordinate and communicate with other groups of dedicated students across the UK and perhaps beyond, is something we are actively concerned with. I do not know what form, organisation and dynamics of such an enterprise would take. However, I feel it may be a platform for creating wider links between the archaeology schools, societies and students across the UK. Perhaps the shift from the familiar, to the global web, would to some extent chip away at the essence of what The Childe Collective is at heart: discussions between enthusiastic archaeology students. There is a certain transience about the internet that may not fit well with this type of group.

Another important aspect of the discussion group has been the regularity of it, and a good attendance throughout. I think it inspired many students to speak up and express their thoughts in a comfortable environment. The Dutch word ‘Gezellig’, characterises these evenings quite well. It means something along the lines of convivial, comfortable or familiar. I believe this encouraged people to take part in the debates. In other words, people eventually felt comfortable and confident enough, after some discussion sessions, to take part and even present and lead a discussion on a topic of their choice. Moreover, I believe that people learned to reason a little more. By being tackled and refuted intellectually, you can learn the various fallacies or logical errors you can make when maintaining a particular perspective. For example: some of you may go to the gym, or play a sport regularly, or play an instrument, thus, you may be aware that the more you practice at a sport or an instrument, the better you get. Well, the same applies to intellectual dialogue; the more you train, the better you become at it. In this case, people got better at reasoning with logic and sense. You would be mistaken to think that you are not intellectually endowed with the mental faculties to analyse or rationalize or think logically. It is within everyone’s abilities. But like most things, it requires practice.

So what is The Childe Collective? At its core, it is a discussion group, but it has grown to have different and particular importance to its members.

But why have a discussion group at all? Very simply, to engage with the material beyond lectures and research and by doing so, learn about other fields and disciplines and experiences which will allow any individual to go in depth in a particular topic, and also broaden one’s horizons on a range of topics regarding archaeology and thus bolster one’s interest and embolden one in discourse.

A simple thing was done. We set up a time and a place, and invited all the students to come and join a discussion of an archaeological nature. Yet, as you can see by some of these testimonies, it meant a lot more to many.

The fluid and flexible nature of these discussion evenings is that they eventually encompassed more than just purely theoretical questions. Originally covering topics such as culture-history, Marxism and archaeology, Annales and Braudelian thought, ethics in burial, and cultural ownership and gender in archaeology, it branched out. Additionally we led a workshop on stratigraphy and the use and creation of the Harris Matrix. We also were introduced to the work of the ‘Yadlee Stone Circle’ project, and it functioned as a great platform for raising awareness and rallying support for the ‘Archaeology in Schools Project’ run by Hannah McGlynn.

What happened essentially is that students came to the discussion group and some presented ideas, thoughts and aspects on their dissertations, essays, projects and personal interests. From 1st year undergraduate to PhD students, people were here to discuss and learn from each other.

A question that you may be wondering is why, and how, is a discussion group such as The Childe Collective significant? Unfortunately, I cannot alone answer that. I hope to have shown you some of the aspects I consider noteworthy, but more importantly, what those who participated thought of The Childe Collective. However, it needs constant revision and adaptation. As well as learning about old ideas, we must engage with the new challenges. While we discuss theory, we must also engage with the practical aspects of archaeology, and while we are scholars and researchers, we must also be the emissaries for archaeology.

So what has the Childe Collective done?

I know that it has been significant in providing a forum for enthusiastic students to come and talk about their interests, projects and ideas. As such, individuals have been able to disseminate findings and get support from others at the discussion group, like the ‘Yadlee Stone Circle’ project or the ‘Archaeology in Schools’ project. It has also provided a great deal of insight for the students in many aspects of archaeology they may never have had the chance to engage with just yet. By extent, they have been able to learn a great deal from others on a range of topics, and learn by teaching and explaining to others their ideas and thoughts in archaeology. We have examined a wide variety of themes in our discussions from theoretical to practical, to current, to educational and ethical. Finally, if anything, I believe all those who came to the discussion group, gained a little modesty. 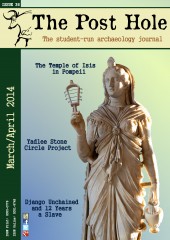 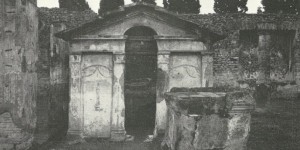 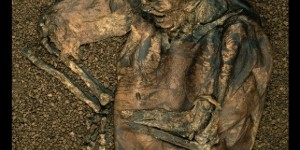 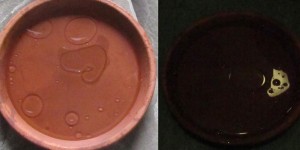