Public perceptions: why do so few students study archaeology?

As a third-year archaeology student at the University of York, and one with plans to study archaeology at a Masters level, I am extremely enthusiastic about the discipline. As my poor housemates and family will attest, I love to talk about anything archaeological, and never cease to be amazed at what archaeology as a field has to offer.

However, I fell into archaeology almost by accident. I have always been fascinated by the past, and as a teenager, I took summer school courses in archaeology – in York, in fact! However, due to a general lack of archaeological opportunities at school and a lack of knowledge about any local archaeological opportunities, history became the subject I studied as I moved onto my GCSEs and A-levels. By the time I started applying to universities at the age of 17, history was the subject I had chosen to move into higher education with (and theology, but that is another story entirely). I applied to study history at the University of York, but was instead sent an email offering me the chance to study archaeology instead. With my prior experience with archaeology at York, this seemed too good an opportunity to pass up. After going to an open day at the university, where the passion of the lecturers and students only served to enthuse me more, I accepted the offer and returned to York’s Department of Archaeology once again.

I had actually briefly considered studying archaeology at university before beginning my UCAS application, but had always considered it as too scientific for someone like myself, who hated science at school. Funnily enough, the Masters degree I am applying for is an MSc – something I never would have considered three years ago. My misconception of archaeology it seems, almost led me away from it.

Now though, as I have already said, I love archaeology, which is why it frustrates me to hear the continued ignorance, or downright dismissal, of archaeology by my peers. Most say it jokingly and not at all seriously, which I would be foolish to be offended by. Nevertheless, I am willing to bet that almost every archaeology student has had to defend their choice of degree on more than one occasion from people who see it as, in Noël Hume’s famous words, the ‘handmaiden to history’ (Noël Hume 1964, 215).

Speak to any archaeologist or archaeology student and they will attest to the outdated nature of this statement. Archaeology is a thriving, multidisciplinary field with so much to offer – so why is the public perception of the study of archaeology so negative?

Archaeology is no doubt a popular subject amongst the public – just think of Indiana Jones, Time Team and the TV series Bonekickers, as well as the wide variety of archaeological attractions across the country. Archaeology evidently sells – so why do so few students choose to study it in comparison to history, which is one of the most popular degree choices in the country (The Telegraph n.d.)?

The primary school curriculum is flexible to the extent that it is possible to include archaeology as a part of other subjects, but this is entirely dependent upon each individual teacher, as well as the resources available to them. Archaeology should be encouraged where possible, because I know from personal experience that children react well to it. About a year ago, I spent a couple of months helping at a local primary school, in a class of year 3 students. These 7 and 8 year olds happened to be learning about 1600’s London at the time, and the teacher asked me if I could plan a lesson based around archaeology, in order to teach them what it was. I managed to procure some broken pottery and pipe stems from one of my lecturers, and taught the class what archaeology was, as well as showing them the artefacts. These nondescript, fairly unimportant objects did not look like much, but they fascinated the children, particularly when I told them that the items they were holding had been made and used over 300 years before. The teacher and I later found them trying to dig up the school field!

The power of archaeology is wondrous, and it is a source of great interest to both children and adults alike – attractions like Jorvik would not be as popular if archaeology was not interesting to the public! Archaeologists do not seem to have much of a problem engaging with the public at sites and museums, but the field does seem to have a problem in attracting people to study it formally. This is just as necessary for the continued evolvement of the field, and the continued popularity of the subject for the public. If we do not have people studying archaeology, the problems are twofold: the field will begin to stagnate, and there will be less people to disseminate information to the public.

So, to take us back to the question at hand, why is it that so few students study archaeology? At a schooling level, I have already noted that archaeology is not a popular A-level subject, simply because most schools do not offer it. None of the schools and colleges surrounding me offered archaeology. This is likely due to a number of factors: lack of archaeology teachers, perceived lack of interest, and lack of funding. This lack of archaeological education at a secondary educational level means that it suffers at a tertiary level: at universities. However, as I noted earlier, there is another reason that archaeology is not a popular degree choice: misconceptions about the subject as a whole.

We need to change the public perception of archaeology. And this should begin in schools, where archaeology needs to have a bigger role alongside history in teaching children about the past. Archaeology also has links to geography, to citizenship, to religious studies, to IT, to maths, to English…it could easily become a steady part of the national curriculum. By teaching children about archaeology, they will begin to understand how we know about the past, not just what we know about the past, which will hopefully encourage them to visit local sites and care about their heritage.

However, it is also down to university departments to make a widespread effort to reach out to more people. While many do an admirable job of this, it is imperative that more universities connect to schools to teach them about archaeology. Universities also have the potential to network with groups outside of school, encouraging adults to consider archaeological study as well. Children are not the only ones who can learn something new! I know that, in York at least, there are many educational and lecture groups for adults, who often appreciate more the utility and meaning of archaeology. While this article has focused mainly on the re-education of children, encouraging the education of adults as well ensures a balanced approach to the public.

By doing all of this, we secure the future of our field. And perhaps a few years down the line, more students will study archaeology and gain as much from it as I do. 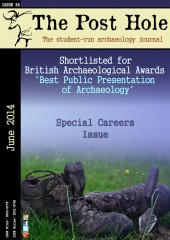 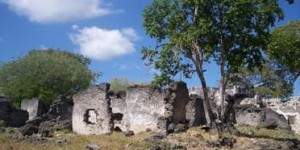 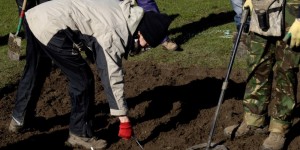 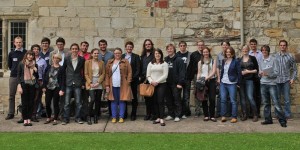