Heritage, Identity and the importance of History in Education

Archaeologists benefit from living in York. We understand that we live in a city with a real sense of history; one that we are reminded of with each step that we take. This is not just in the staggering amounts, and quality, of old buildings that we happen to live around, and indeed study in; but an unrivalled public outreach by the historic and archaeological bodies that we have, and visible work taken to protect a city that most see to be a vital part of world heritage.

The public, then, are told that history is important and rightly so. We even give it to the: wrapped up in the neat little package of 'their history'. This coupled with the new vogue for family history means that a personalised package - a stake in the grand narrative that this country of ours - has is increasingly being seen as a necessary, life affirming, commodity to hold. This is all very well and good, at least the public are interested in what was and can be encouraged to financially endorse and protect a shared heritage that we, as the professionals, need to access to study. This is not to sound too mercenary: an increased interest also yields massive benefits - ranging from a personal and emotional link to the past, to simply an enjoyable day out and a tourist industry that provides jobs and income for the public at large. All things considered, a sense of our own heritage does a lot to enrich our lives.

This leads me to the state of history in the classroom. Subscription to the subject is falling, and there is a real lack of consistency in the quality of the various curricula. This is an interesting paradox: history has reached a new vogue outside of the classroom, yet pupil interest in the subject is waning rapidly. This is dangerous: without at least some idea of how the historical 'facts' about the past are generated a pupil risks not understanding the subjectivity, bias and complexity of the particular discipline. This is a useful inoculation: critical thinking applied to the past ensures that a student is able to critically evaluate their own understanding of the past. This is an immensely valuable skill, especially in an age where we are drenched in a sense of our own heritage.

Despite all of the benefits that this brings, there is a problem with this. History has been, and always will be, an immensely politicised tool and, while this is the case, facts will always be perverted to prove a point. Such point may be valid - we protect things because they are 'traditional' - but the same logic is also used to recall the death penalty, restart national service, and return the country to a 'golden age'. A golden age, I might add, that many who point to this argument are hard pushed to give a definite date for. It is 'traditional' and it happened 'a few years ago' being two suggestions this author has recently encountered. The moral rights and wrongs of the death penalty and National Service are, of course, open to interpretation and the subject of politics. But changes made to these policies, if they are needed at all, should come based upon the social reality of the modern world, not simply because these institutions are traditional. That logic is an insult to the complexity of the issues at hand.

Perhaps it is natural to recall the wonders of a glorious past in times of stress, and to blame later developments for a supposed slip in morals, standards and decency. However this understanding is often based on an inaccurate view of the past; one that has been dimly recalled from childhood or learned by rote from the immense amount of 'authorities' in history that appear on television, in museums and country estates - each with their own biases and fallacies. There is a risk in this sort of argument either to discredit the right of these 'authorities' to speak or to suggest that those without a historical education to the highest level remain gullible or incapable of critically assessing sources. That is not the purpose of this argument. It is meant to point out that history — when taught well — gives the pupil an insight into how an interpretation is reached, what evidence is used, and what biases exist. Even basic pre-GCSE education includes modules on the problems of various kinds of evidence, which are then expounded on post-GCSE when students are asked to form their own opinions based on the evidence. Students of history are forced to appreciate this, and the very least that they will take from their study is an understanding of how complex the matter of writing history is. In an age where historical appreciation is so valued across all walks of life, there is surely a need for pupils to understand the process that makes it.

That is the crux of the paradox. If the situation is left unchecked there will be a discrepancy between the importance and popularity of history and the amounts of people that really understand its workings. In a time when history is increasingly perceived as being relevant to our day-to-day lives, the fact that fewer and fewer students are considering taking it, and that it risks being dropped from the school curriculum, is therefore a worrying phenomena.

Many will ask what that has to do with archaeologists. The answer that I would give to them is that archaeology is a vibrant, dynamic and interesting way of approaching the past. On a basic level, popular culture gives the archaeologist a dynamic reputation that makes the subject seem appealing. Scratch beneath the romantic allure and you soon find a subject that is interesting and diverse, with a wide chronological range: an antidote to the perceived boredom of classroom historical education. 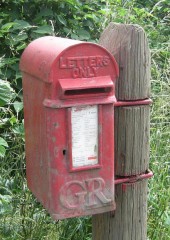 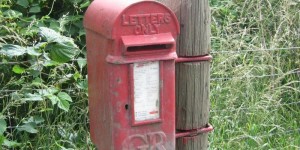 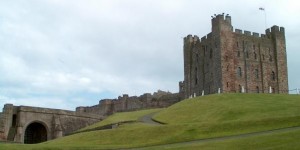