An alternative look at heritage value: understanding what matters behind one's sense of place

The aim of this paper is to shed some light on a fascinating research area within critical heritage studies, considering how knowledge of the historic environment affects a resident’s sense of place. More specifically, does recognising time-depth in the place you live affect the way one values that place? This question contributes to the development of methodologies for understanding value within the heritage landscape.

‘An alternative look at heritage value: understanding what matters behind one’s sense of place’ – what do I mean and why have I chosen this title? As I unpack this, it is clear from the outset that for there to be an alternative to something, there first has to be something already established. Let me begin here.

Traditionally heritage management has revolved around the practical management of special historic assets. As an idea this can be predominantly traced as emerging from the enlightenment period where there was a shift towards modern philosophy and positive science – the pursuit of objective logic and rationality; sweeping aside the metanarratives and medieval philosophies of the past (Waterton 2005, 312).

Waterton notes that this led to “an unhelpful cluster of dichotomies: nature/culture, man/woman, subject/object, fact/value distinctions”. She adds that “these concepts have endured, allowing dominant, scientific approaches to hang time within a seemingly unproblematic and straightened linear sequence with clearly definable epochs, but failing to grasp the inner, subjective qualities of social, ritual and sacred meaning” (2005, 312).

Archaeology itself, developed within this framework, extending its practice in a time of colonial dominance which also led to unbalanced assumptions of cultural and racial superiority. At home, during the continued industrial expansion which was permeating into all areas of social life, there grew the conservation ethic of the likes of John Ruskin and William Morris. They established moral and intellectual principles of authenticity and skill, affirming the notion of there being culturally superior moments which needed to be conserved in the state in which they were found.

This larger picture of the concept of heritage and its ‘protection’ was effectively exported across the empire where, as a result, it still largely dominates the discourse of heritage at international level. In the UK I would argue that we are still perpetuating and dictating these superior cultural heritage values through our management framework, such as with listed buildings and scheduled monuments.

Many scholars are also arguing that heritage is more than merely the ‘special assets’ of history. Dobson puts it plainly that “whilst this distinction may provide a convenient means for dealing with heritage in practice it is an artificial one” (Dobson 2011, 104).

Let me give an analogy of how I see this.

Lonely George, the last remaining Galapagos Island Saddle-back land turtle, was adopted by leading experts in order for study, to look after and provide access to this rich scientific and educational resource for the world. A part of the story of such a resource is of course the guilt factor, in how we as humans have had such a detrimental impact on its existence. However, this is also a result of the changing of its natural environment, natural selection and it being no longer compatible with that realised adaptation.

But, Lonely George has been a great educational asset and is a signpost to the world about human responsibility in a changing world, so much so that when Lonely George sadly passed away in 2012, experts felt compelled to keep the asset preserved through the process of taxidermy.

Now, for me, this shares parallels with what we do with historic assets in cultural heritage. We freeze in time an asset that once was, perhaps out of guilt for its extinction, or maybe because we refuse to acknowledge that processes such as natural selection are an integral part of life. It is not the end of the story; only through the process of change, allowing other areas to develop, can heritage move forwards.

The point to take away from this tongue-in-cheek analogy is that heritage is not the old, the dead and the stuff we are burdened to preserve from the past. Heritage is alive! We need to get away from the model of heritage as taxidermy, and embrace that heritage is the integral process of change around us that informs the present and the future. It is not the protection of prescribed elements of superior identity, instead it is the ongoing stories we all hold to and experience throughout our lives and our landscapes.

So the alternative view of heritage is that heritage is narrative. Picking up from Waterton, where distinctions were previously made between nature and culture, in the landscape there is no distinction. In the narrative of heritage there are overlapping relationships between them. The landscape is not simply the neutral backdrop, but the setting in which all heritage is experienced.

As such, leading experts realise there must be a bold, new understanding and management of change in landscape. This requires open, cross-disciplinary approaches across cultural and ecological fields of expertise. Fairclough notes that “archaeology and ecology both began to develop additional methods of understanding and assessing landscapes... in particular they pursued the idea that landscape is the sum of all its parts – natural, cultural, ecological, archaeological, historic, aesthetic, social and mental – and that multidisciplinary approaches are necessary to do full justice to it” (2003, 296).

The next factor required for developing this new approach for understanding and managing change in the landscape comes from the realisation that there are multiple landscapes. There is not one which can be ‘assessed’. Fairclough again states: “The Landscape is in fact doubly cultural. Its components (i.e. ‘ingredients’) within the environment are the product of hundreds, sometimes thousands, of years of human cultural actions. At the same time, however, the landscape as a whole is cultural because it is created only in the present-day by our own cultural and social attitudes” (2003, 297).

Landscape itself is an ongoing idea. The European Landscape Convention underscores this by defining landscape as an area, as perceived by people (Council of Europe 2004). Fairclough notes that landscape is everyone’s common heritage. Everyone owns landscape, in memory and in daily life; everyone has roots in at least one landscape somewhere (Fairclough 2004). This requires a management approach which makes no judgement but rather acknowledges the landscape’s open and changing meanings to all people.

This leads us then to today, with the continuing development and application of Historic Landscape Characterisation (HLC) as a methodology for viewing heritage. To simply compare its approach to that of designation, HLC is about generalising, considering the whole, not establishing or perpetuating prescribed values, and is open to contribution from stakeholders.

This has clear benefits to local people as it provides autonomy for understanding their own place and freedom to express value free from an authorised message. Practically it provides an honest platform for interested parties to engage dialogue when suggesting future change. This helps to realise the bottom-up system of change management, rather than it simply being a theoretical ideal.

So where does this leave us in relation to next steps? There has begun to be realised a shift away from simply protecting distinct special places, and to utilising methods such as HLC for considering heritage as the process of change. The ultimate aim then is to contribute something to the continued development of this framework.

This is where the second part of my title requires unpacking: “...understanding what matters behind one’s sense of place.”

If we believe then that heritage is the narrative of change experienced within each of our perceived landscapes, then it is worth knowing what impact knowledge of this has on people’s sense of place. To qualify, it would be useful to shed light on the diversity of views and values held relating to corporate, personal, distant, immediate, temporal and imagined narratives within a landscape. An example of a specific research question which could be pursued is to explore whether recognising time-depth in the place you live affects the way one values that place.

Over the past summer I have carried out this form of research for my MA thesis which is now completed. This work is available from the Department of Archaeology's library, at the University of York. My hope is to have provided a useful example of methodology which others are able to improve and use to approach similar, or at least complementary research questions. Where my work was lacking, others will be more able. Students are the backbone of this research. I encourage you to explore this area, critique mine and others work before me, and push forward this fascinating area within critical heritage studies.

Hopefully this small insight into the direction that archaeology and heritage studies are going will whet the appetite of other students to get involved in this, I would argue, important line of enquiry. I would be more than happy to hear from anyone who is interested in this type of work or who wished to consider undertaking similar research themselves.

Editors note: To view other work that Ben Wajdner has carried out please visit his academia page (www.york.academia.edu/BenWajdner). Wajdner’s MA thesis is available in its entirety and can be sourced from the Department of Archaeology library at the University of York. 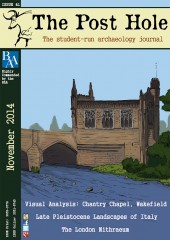 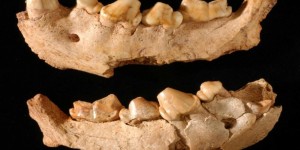 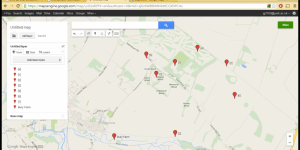 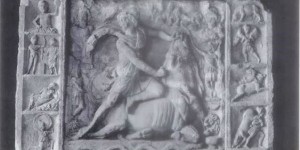 Bury Farm: Prehistory on the Granta and involving the community
James Green

The Unique Nature of the London Mithraeum
Chase Minos